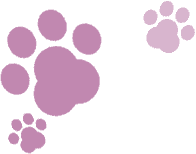 Poodles are famous for elaborate dog grooming Houston of their distinctive curly coats. Their origins in France (they are the national dog breed) and their often fancy coiffures have led many to believe that the poodle is “fancy.” However, the opposite is true, as they were originally bred as hunting dogs tasked with retrieving ducks from the water. Their curly coats were intended to protect them from the cold and wet. The name “poodle” actually comes from a German word meaning “splashing in water.” The French refer to poodles as “duck dogs.”

There are three different sizes of poodles. The toy poodle is the smallest and also the most recent, having been bred in the early 20th century in the United States. Miniature poodles are larger than toy poodles but less than 15 inches in height. Standard poodles are taller than 15 inches and are the oldest variation. However, all poodles are considered part of the same breed.

What Makes Poodles So Popular?

Poodles rank as the seventh most popular dog breed in the United States, and with good reason. In addition to their skill and enthusiasm for retrieving and swimming, poodles have many qualities that can make them great family pets. They are very people-oriented, which is an important consideration when choosing dog boarding Houston.

Poodles are friendly, outgoing dogs that are eager to please their people. They are also extremely intelligent and pick up on new skills quickly. These two qualities made them popular circus animals in Europe as poodles proved themselves to be natural entertainers. Because of their intelligence, trainability, and intense focus, poodles have also been trained as service animals for people with disabilities. Poodles are one of the top three service dog breeds.

Instead of fur, poodles have a hair coat. They do not shed very much, and what they do shed tends to get trapped in the coat. This makes the poodle a popular pet with allergy sufferers, who tend to have fewer symptoms around poodles. The curly hair coat of the poodle also makes it popular to cross with other breeds to produce “hypoallergenic” hybrids.

While the poodle’s curls are part of what makes it popular, the downside is that the hair can become matted very easily. Therefore, poodles require frequent grooming to keep their coats healthy. Poodles need brushing at least two to three times a week, although some people prefer to do it every day. You should use a slicker brush and make sure you reach down to the skin because this is where mats are most likely to form.

In addition to frequent brushing, poodles’ coats need trimming every four to six weeks, starting when your poodle puppy is about ten weeks old. Poodle hairstyles range from the simple to the stylish, the traditional to the modern. If you want a fancy cut as you see on show dogs, your best bet is professional grooming. However, if you’re willing to live with a short cut, you can trim your poodle yourself.

Incidentally, the puffy balls of fur that you see in certain poodle clips are called “pompons,” not to be confused with pom-poms, the cheerleading accessory. The original purpose of the pompons was to protect the poodles’ joints from the cold when they dove into the water to retrieve ducks; however, they are now mostly for show.

What Is Involved in Poodle Dog Training Houston?

After the border collie, the poodle is considered the second smartest dog breed. When training a poodle, it is important to keep the process fun and challenging for them. They will get bored with repetitive tasks, so variation is a must. You can break up the monotony of teaching the necessary commands by adding in some tricks. These are fun for you to teach your poodle, and your dog will enjoy performing them.

How Much Exercise Do Poodles Need?

Poodles are very athletic dogs. They have a high level of energy and require plenty of exercise. They love going for long walks, jogging, and swimming. They also derive mental and physical benefits from playing fetch, which indulges their retrieving instincts.

Comprehensive Services for Your Curly-Haired Companion

Poodles make loveable, devoted pets. However, they can be high maintenance. Consult the professionals at The Dog House Pet Salon for complete or basic dog grooming Houston, as well as training and boarding services.