Perhaps one of the most adorable little dog breeds, the Shiba Inu, has captured the heart of many pet owners. Who couldn’t fall in love with their cute, cuddly, teddy bear face? If you own one, come to us for the best pet grooming Houston.

Many love how their faces look like foxes with their pointed ears, red coats, and black noses.

But did you know that they have a centuries-long history and only first came to the United States in the 1950s?

“The faces of Shiba Inus look like foxes with their pointed ears, red coats, and black noses.”

Here are more interesting facts & characteristics of the Shiba Inu: 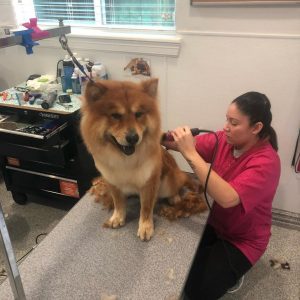 With Shiba Inus, expect regular grooming and fur around the house. The thick double coat of a Shiba sure is gorgeous—but it will bring a lot of fur into your life.

The outer layer is stiff and straight, while the inner one is soft and thick. Shibas shed throughout the year, and their plush undercoat completely “blows” twice a year.

During the period when the shedding amps up, their hair will go pretty much everywhere.

Thankfully, lint rollers and vacuums exist. But, if you’re an extreme neat freak, you may want to consider a breed with a thinner coat.

Or, you can schedule frequent pet grooming Houston trips to the salon to keep your pup’s fur under control.

2) The Shiba Inu is an Ancient Dog Breed from Japan

DNA analysis confirms that the Shiba Inu is the oldest and smallest dog breeds from Japan. Believe it or not, ancient ancestors of the Shiba Inus were thought to have accompanied the earliest settlers to Japan as early as 7000 BC.

So, this small, compact, and agile pup were originally bred as a hunting dog designed to navigate and flush small game and birds of the dense underbrush of Japanese forests.

3) There Used to Be Six Kinds of Shibas 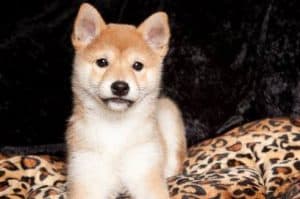 The Shiba Inu breed is one of the six distinct original native Japanese breeds.

Though each of the original breeds is different, each still shares similar traits because of their shared ancestry.

“Shiba Inu breed is one of the distinct original native Japanese breeds.”

4) They Have the Personality of a Ninja Warrior

Like a ninja warrior, the Shiba Inu moves quickly, nimbly, and effortlessly. A fierce guardian of possessions, Shiba Inus, are often independent and courageous and bold in character.

However, these dominant personality traits can quickly turn into aggression if left unmonitored.

At their best: Shiba Inus are alert, strong-willed, and confident.

At their worst: Shiba Inus are territorial, stubborn, and aggressive.

When suspicious of strangers, they tend to guard and even display territorial behavior. Like a three-year-old child—for example—they’ll refuse to share toys.

Are you looking for a trusted pet grooming Houston company? You’ve come to the right place.

Finding the best dog groomers is essential to keep your pet looking great and smelling fresh. Also, you need proper daycare of pets and lots of love for your dog when it’s away.

That’s where we come into the picture. As a trusted pet care salon, we offer the complete package of grooming services for our four-legged friends at dog grooming Houston school.